Uncensored - Behind The Scenes 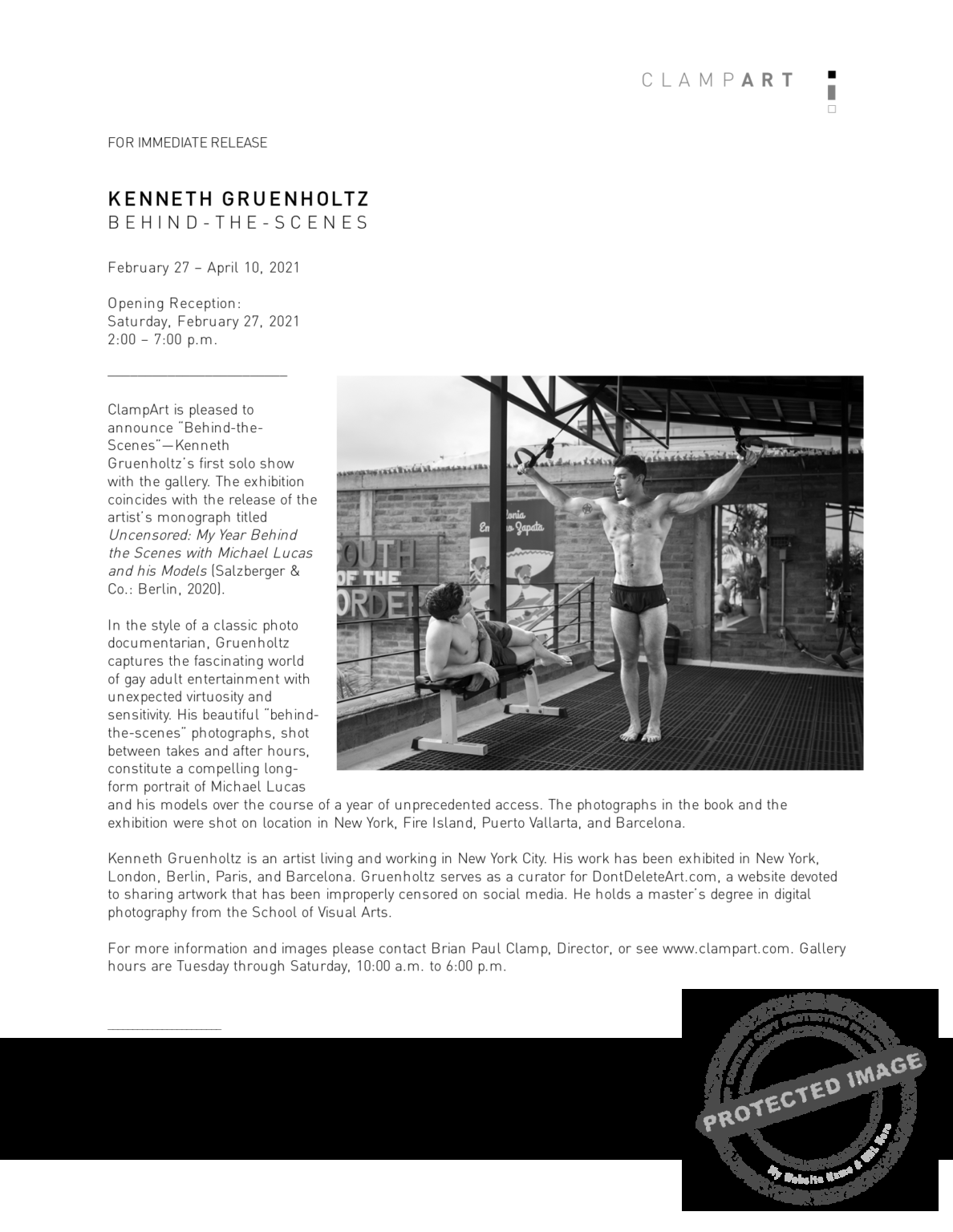 It all began on August 22, 2017 when Michael Lucas, the legendary adult performer and media mogul, sent me the following message on Instagram: “Beautiful work Would love to be photographed by you“. Needless to say, I was flattered by his note.

Michael wanted to do the shoot the following weekend at the Belvedere hotel in Cherry Grove. As it happened, I was doing a shoot nearby with my afternoon available. The notion of shooting Michael at the Disney-like Belvedere castle was irresistible.

It was fun hanging out with Michael. He’s funny and very smart. During our time together, as I learned more about Michael’s world, I began to think—maybe there’s a way to explore his life photographically as an extended environmental portrait.

What I ultimately proposed to him was this: a black and white, fine-art version of Michael’s world over the course of a one-year period. I would only photograph Michael and his models “behind-the-scenes”: during promotional photo shoots; before and after video shoots; and, during breaks. I would not photograph models while the video cameras were running.

Some of the more explicit images presented were taken during the promotional photo shoots that were directed by other photographers. Here, the models are typically asked to pose and enact sexually potent images based on scenes they were about to shoot.

On a few occasions I had the opportunity to shoot models on my own. This typically happened on the models’ day off. On these shoots, I was interested in exploring how the models interacted without direction. Typically, my request to the models was this: pretend you’re on a first date and you’re hoping to explore romance and intimacy. And then: “Action”. Sometimes the models ended up having sex but more frequently they did not.

The images presented here were curated by Brian Paul Clamp, owner of the famed ClampArt Gallery in NYC. If you have a favorite from the book that is not included here, please contact us via the YOUR CHOICE form

Purchase a print from this collection

Note : The modesty blurs do not appear in any purchased artwork.

Item added to your cart

Continue Shopping Go To The Cart